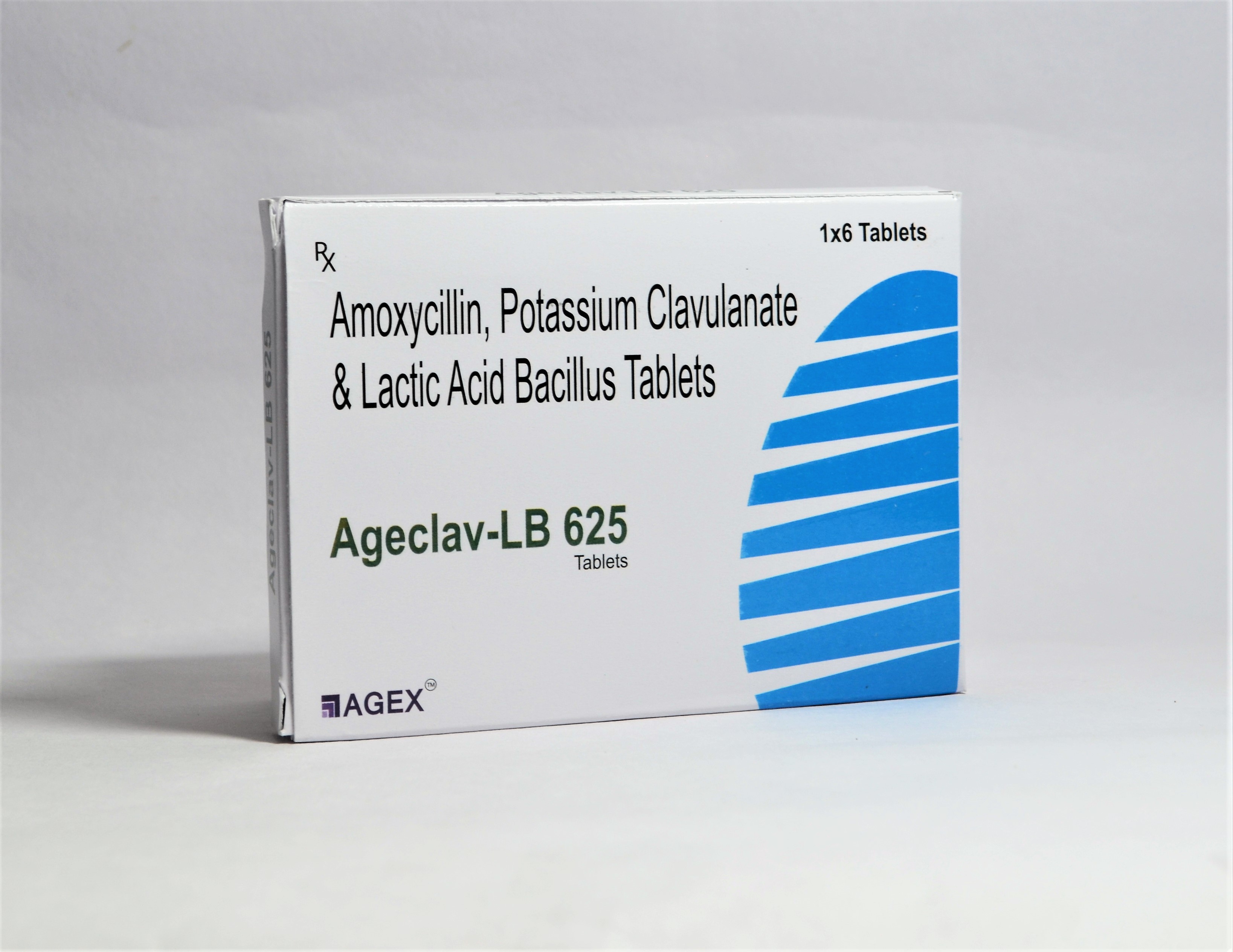 AGECLAV-LB 625 Tablet is also effective in the treatment of infections caused by amoxicillin-sensitive organisms at the appropriate amoxycillin dosage since in this situation the clavulanic acid component does not contribute to the therapeutic effect. AGECLAV I.V is additionally useful for surgical prophylaxis.

AGECLAV-LB 625 Tablet is not advocated for those with a history of hypersensitivity to beta-lactams, e.g. penicillins and cephalosporins. AGECLAV-LB 625 is also contraindicated in those with previous history of amoxicillin-clavulanic acid-associated jaundice / hepatic dysfunction.

AGECLAV-LB 625 should be advocated with caution in presence of hepatic dysfunction or renal impairment. Since AGECLAV-LB 625 contains amoxicillin, an aminopenicillin, it is not the treatment of choice in patients presenting with sore throat or pharyngitis because of the possibility that the underlying cause is infectious mononucleosis, in the presence of which there is a high incidence of rash if Amoxicillin is used.

Periodic assessment of organ system functions, including renal, hepatic and hematopoietic function, is advisable during prolonged AGECLAV therapy. AGECLAV-LB 625 Tablet is not ideally meant for pregnant lady or lactating mother; however, it could be advocated only if strictly necessary. If superinfections occur (usually involving Aerobacter, Pseudomonas or Candida spp), AGECLAV-LB 625 should be discontinued and/or appropriate therapy needs to be instituted. AGECLAV-LB 625 must be co-administered with caution along with probenecid and allupurinol.

Probenecid decreases the renal tubular secretion of amoxicillin, but does not affect Clavulanic Acid excretion. The combined administration of allopurinol and ampicillin substantially increases the incidence of skin rashes and AGECLAV-LB 625 must be cautiously co-administered with allupurinol.

Renal Impairment:
Glomerular filtration rate of 10-30 ml/min: 1 AGECLAV 375 / 625 BID depending upon the severity of infection.

Hemodialysis: 1 AGECLAV 375 / 625 OD depending upon the severity of infection. Or as prescribed.